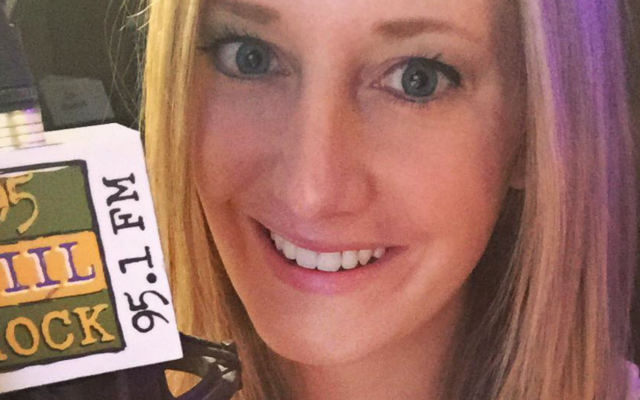 Partly sunny today with a high near 65
TONIGHT, cloudy skies – lows in the 50’s
TOMORROW partly sunny – highs in the mid-60’s
Sunday and Monday – a slight chance of showers mixed in but a pretty nice weekend! Highs in the 70’s and 80’s

Illinois unemployment rate skyrocketed in April. The Illinois Department of Public Health says the jobless rate jumped over 12-percentage points last month to 16.4-percent. That number is almost a point-and-a-half higher than the national rate. Since March 1st, Illinois has seen over 1.2-million first time claims for unemployment, about 12-times the amount of claims as the same period in 2019.

Restaurants and bars can reopen for outdoor seating one week from today. Gov. JB Pritzker made the announcement Wednesday, saying he’d consulted with public health officials about the risks for coronavirus transmission outdoors. In addition, all retail stores will also be allowed to open with capacity and safety restrictions, as will hair and nail salons.

The NHL Players’ Association is voting on a 24-team playoff proposal as the return to play format. A person with knowledge of the situation says results of the vote could be in as soon as tonight.

Scottie Pippen is said to be livid and ‘so angry’ about how he was portrayed in Michael Jordan’s documentary series, “The Last Dance.Pippen reportedly hasn’t spoken to his former teammate since the first episode aired on April 19. He was later described as “beyond livid” on ESPN Radio for the way he was made to look.

Meanwhile ESPN will be following up the smash success of The Last Dance with a new docuseries on Tom Brady. On Thursday, the network dropped a surprise trailer for The Man In The Arena, a 9-part series following Brady’s career.

The current science on slowing the spread of the coronavirus says to remain six feet apart when around other people. But unless you’re carrying a measuring tape or yardstick, how do you actually maintain that distance? Cafe Rothe in Germany has the solution, taping pool noodles to hats that customers must wear while sitting at the tables. Reportedly the restaurant owners wanted to shed a little humor on the situation that has become our new normal.

It is time for the 95 WIIL Rock Happy Hour News…

It was quite the interesting “catch” for a 6-year-old boy in South Carolina. Authorities say he landed something that helped solve a nearly decade-old robbery case. It started when Knox Brewer of Johns Island took up “magnet fishing” — and started hunting for metal objects underwater to pass time during the coronavirus outbreak. One item he “hooked” was a locked safe — and he pulled it ashore with the help of a bystander. The waterlogged safe held debris-covered jewelry and credit cards, along with a checkbook. And the family turned it all over to police. Turns out the safe belonged to a woman who lived near the lake who reported it stolen from her home eight years ago.