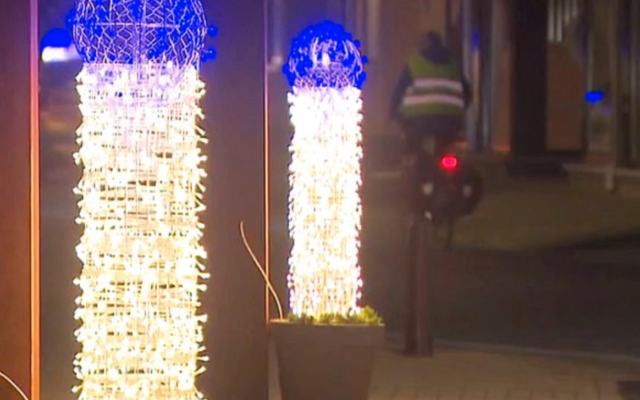 The mayor of Oudenburg, Belgium is doing some very public apologizing after the decorations he placed around the city ended up appearing too phallic for the taste of many. Meant to look like candles (yeah… ok) the decorations consist of a shaft of white lights that stand straight up and erect at about three-feet tall. At the tip, the “flame” takes the form of a lighted blue ball.  Mayor Anthony Dumarey apologized, saying the boner decorations were not his intent.