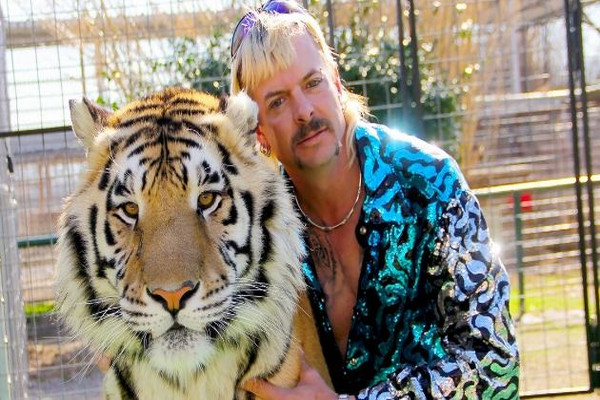 Of course Marilyn Manson is somehow involved with Tiger King.

Apparently, Joe Exotic himself asked the Antichrist Superstar for an endorsement during his ill-fated run for governor of Oklahoma. As proof, Manson shared a screen shot of an Instagram DM Exotic had sent him on January 16, 2018.

“I’m running for Governor of Oklahoma and trying to speak for the real people for a change and get some people help with addiction in this State that no one cares about,” Exotic wrote. “Would you endorse me? Not asking for money. Just to use your name as an endorsement.”

Manson seemingly did not respond to the initial request, but two years later, he now has an answer: “Nope.”

If you somehow haven’t seen it, Tiger King: Murder, Mayhem and Madness follows Joe Exotic, an eccentric big cat collector, and his nemesis, animal rescue activist Carole Baskin. Exotic is currently serving 22 years in prison after being convicted of a murder for hire plot against Baskin, as well as animal abuse charges. Amid all that, he also ran a campaign for governor of Oklahoma, and even president of the United States.

Have a Ball with us! Get your tix NOW!

Tuk Smith and The Restless Hearts – Ballad of a Misspent Youth