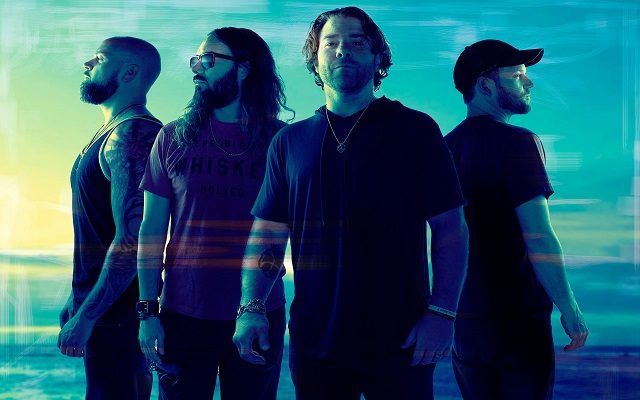 Congratulations are in order for Royal Bliss! This is a huge step forward for them. It also means that we now have to share Royal Bliss with a global audience.

Los Angeles, CA – April 8, 2020 – Explorer1 Music Group (E1) is proud to announce a partnership with the Salt Lake City based Top 20 Rock band Royal Bliss. The band has been making their mark for years with a consistent work ethic of writing, recording, and touring that have helped build the success of the band.

In partnering with Royal Bliss, E1 has acquired the worldwide perpetual rights to their 6 album catalog and will be releasing the recordings globally, as well as collaborating on the creation and release of new music, videos, and concert performances around the world.

Royal Bliss’ variety of influences from Led Zeppelin to Johnny Cash mold the sound that is uniquely theirs and cannot be denied. Their music speaks to the common man, tells a story and rocks out with a good party crowd, all the while being delivered by the inimitable deep and raspy voice of front man, Neal Middleton. Royal Bliss signed with Capitol Records in 2009 and saw the debut album Life In-Between chart on the Billboard Top 200 and hit #1 in Billboard Heatseekers. In 2012 the independently released Waiting Out The Storm reached #9 on the iTunes Rock Chart, hit #2 in Billboard Heatseekers and produced the fan favorite “Crazy”. In 2014, Chasing The Sun was recorded and released on their own label, Air Castle Records, with distribution through Universal (INgrooves) Music Group. On the Chasing The Sun album the alternative roots of the band shined on the album’s single “Cry Sister” that climbed the Active Rock chart to (#31) and was Royal Bliss’ 6th Single to crack the top 50 on Active Rock radio. In 2018 they released “Devil with Angel Eyes” which made it to Top 50 on the Mediabase and BDS charts. The music video quickly hit 1 Million views and they headlined a tour across the United States. In 2019 their single, “Hard and Loud,” charted in the top 40 on the Active Rock Chart. The single “Pain” was released next, and it cracked the Top 30 on the BDS and Mediabase charts.  Their latest single “Paranoid” has just been released to rave reviews and has charted at #19 on the Active Rock Charts.

A core part of E1’s business model is to fund the touring to enable Artist’s to reach audiences around the world, and having headlined and supported on many US tours, with a solid fan base across the country, Royal Bliss is the perfect Artist for this model.

Neal Middleton of Royal Bliss adds, “It’s nice to finally find a home for Royal Bliss with a company that understands what our band, our music, and our fans are all about.  It’s also great to be in a partnership with a company where you feel more like a team instead of feeling like you are being controlled.  They found and signed Royal Bliss because of their belief in who we are and what we have accomplished, and they aren’t going to push us to be something we are not.”

“We are excited to be a part of the Explorer1 family”, says Bob Hathaway from FM Music Management.  “The business model they created is a perfect for our band, Royal Bliss.  I’ve worked alongside Tom Biery and Andre Recke for many years, and I know we are in good hands.  With them and the rest of the E1 team, I’m confident they will be the perfect partners with FM Music Management, and together we will take Royal Bliss to new heights.”

“When Tom “Grover” Biery, our Head of Artist Services joined us, one of the first names he said we should look at was Royal Bliss” said Paul Woolnough, E1’s Founder and CEO. “I finally caught them at #Happens in Las Vegas this year where they delivered exactly what Grover has said – and much more.  We can’t wait to build on their current touring and radio success, and introduce Royal Bliss to new fans around the world”.

Explorer1 Music Group (E1) (www.explorer1music.com), is a Los Angeles, California based global full-service music company,  owned and operated by career professionals from the music, movie, TV, radio and media industries.  We are not just a record, management or services company, we are a dynamic organization of passionate and highly skilled individuals, that offers Artists, songwriters, producers and companies a completely new type of funding, infrastructure, platform and support for their music.