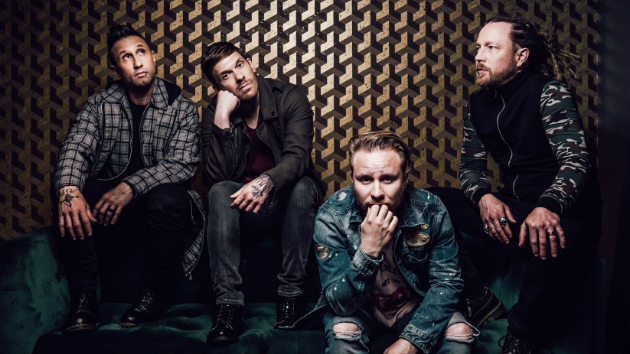 A few weeks ago, Shinedown frontman Brent Smith and guitarist Zach Myers were hunkered down in a studio working on their Smith & Myers project, unaware of the growing concern over the COVID-19 coronavirus.

“We were in the midst of recording, like, three weeks straight,” Smith tells ABC Audio. “We were in a studio, man. So we were, like, in a bubble when a lot of this stuff was building up, so we didn’t really know much about what was going on.”

Eventually, though, things reached a fever pitch that penetrated even those studio walls. Since then, Smith has been on a deep-dive of COVID-19 research, and he eventually came across an organization called Direct Relief, which is supporting healthcare workers amid the pandemic.

Shinedown has now partnered with Direct Relief, and is offering a t-shirt to raise money for the organization. If you order the shirt, you’ll also receive an exclusive download of the song “Atlas Falls,” a previously unreleased track that dates back to the writing sessions for Shinedown’s 2012 album, Amaryllis.

“As I was doing the research online, just trying to find out and educate myself on what COVID-19 was and how we could help and what we could do, this song just came to mind,” Smith says.

The central metaphor in “Atlas Falls” refers to the titan Atlas, from Greek mythology, who holds up the Earth on his shoulders.

“What if Atlas falls? Who carries the world then? It’s us,” Smith says. “I’ve always said that human beings, we’re at our best when we need to help each other. And that was kind of the premise of the song.”

You can order the “Atlas Falls” shirt now via Store.Shinedown.com.