Congrats to Red Hot Chili Peppers, winners of the Best Rock Video for “Black Summer” at the 2022 MTV Video Music Awards.  It was a stacked field featuring past MTV VMA winner Foo Fighters, who this year were up for their “Love Never Dies” video, as well as past nominee Jack White (nominated this year for “Taking Me Back”). The category also included Shinedown’s “Planet Zero.

Van Halen will live on forever in their hometown of Pasadena, California. The city is set to honor one of its own next month, dedicating new park space and a stage to the iconic rock act.   In a story posted in local publication Pasadena Now, it’s noted that the city will officially honor their hometown heroes with the new Playhouse Village Park and the Van Halen Stage in the Playhouse District on Sept. 10th.

The spirit of Ghost was out in full display Friday night, as Papa Emeritus IV and the Nameless Ghouls kicked off the North American IMPERATOUR. Joined by Mastodon and Spiritbox, the 19-date trek is hitting up arenas across the country and Canada, and began at the Pechanga Arena in San Diego on Friday night.   The show was stacked with a good chunk of the Swedish rock act’s career-spanning hits, including “Rats,” “Year Zero” and “Cirice” as well as new material from Ghost’s latest album, this year’s Impera. 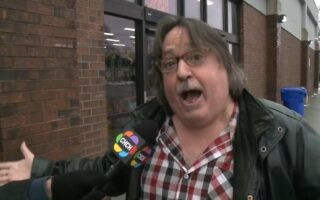