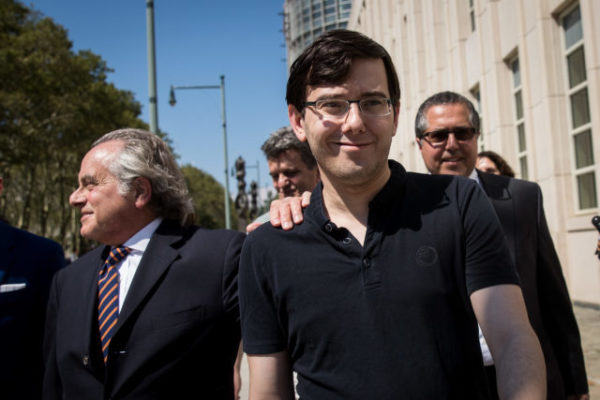 Ex-drug company CEO and convicted felon Martin Shkreli, aka “Pharma Bro,” plans to file papers requesting his early release from prison so he can try to find a coronavirus cure.  Shkreli’s lawyer Ben Brafman said in a statement, “I have always said that if focused and left in a lab, Martin could help cure cancer. Maybe he can help the scientific community better understand this terrible virus.”

Shkreli also posted a research proposal online in which he called the drug industry’s response to the virus “inadequate,” and claimed, “I am one of the few executives experienced in ALL aspects of drug development…I do not expect to profit in any way, shape or form from coronavirus-related treatments.”

Shkreli was sentenced to seven years in prison in 2018 for lying to investors and misappropriating funds, among other crimes. He is also infamous for price-gouging a lifesaving drug at a company he ran in 2014, when he changed the price per pill from $13.50 to $750.