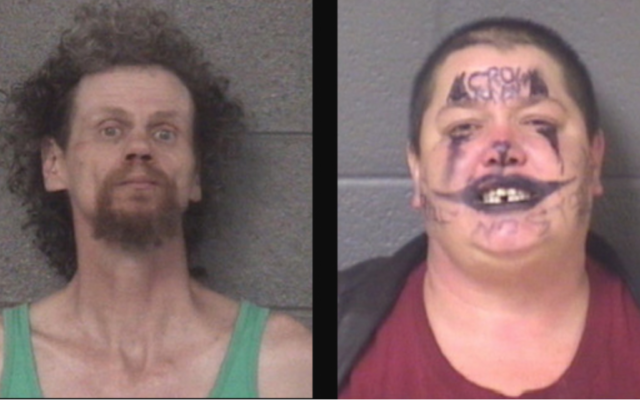 Asheville Police responded to a report of a stabbing and found a man suffering from pretty serious injuries.  After a quick investigation, police say they found a suspect involved in the stabbing locked inside an apartment. After 5 hours of negotiation they got the suspect out of the apartment – where they found a small grow operation and several pounds of marijuana.  Another woman was inside the apartment with the man and was also arrested and charged.  The reason they are making the news is, of course, because of their mugshots.