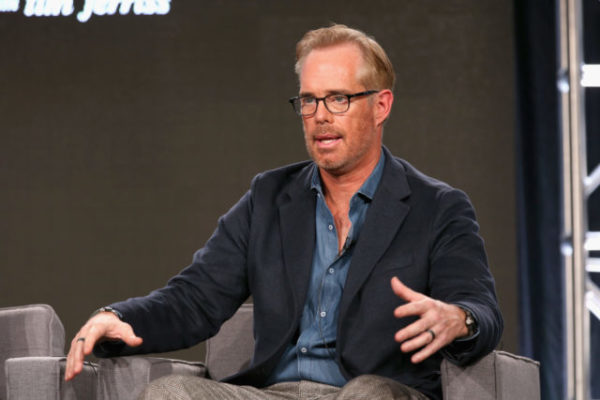 Earlier this week, a very bored Joe Buck offered to deliver play-by-play analysis of his fans’ lives in self-isolation in exchange for donations to charity. And on Tuesday, the famous FOX Sports broadcaster made good on that claim with his first round of sideline commentary. Buck began with a clip that shows a woman tossing a well-worn toy football for her dog, who dutifully retrieves it while doing a lap around a patio table. Next up was footage of two kids playing football on the front lawn–with one wearing a “throwback” Tom Brady New England Patriots jersey.

Buck also called a clip of a man shooting darts in his home from a weird, side angle, and another video that shows a dad shooting hoops inside with his toddler and a toy basketball rim. When the dad inadvertently beans his kid in the head with the ball, Buck proclaims, “Life’s hard, suck it up, that’s just the way things work in this world…Wham, bang! Oh, ow, Dad, that’ll come up on therapy in about 20 to 22 years.”

Here we go…first up is @minakimes and a half-eaten football. Please reply and tag with the charity that you are donating to!!! More to come! pic.twitter.com/q8BuYuutbr

Watch out Breen…if @foxsports ever gets @NBA, I’m getting ready. @AdamHoge, tag a charity and then maybe order your kid a present to make him feel better after this one

This one might make @patriots fans a bit sad…although Brady wishes he had these moves. @Brogan1197 tag your charity and take care of those boys, I might be seeing them on a Sunday one day! pic.twitter.com/bROi7PPwDE

I have a feeling @letitflytom has won his fair share of drinks with skills like this. @PatrickMahomes would be proud. Let us know who you are donating to @letiflytom #bluesbrothers