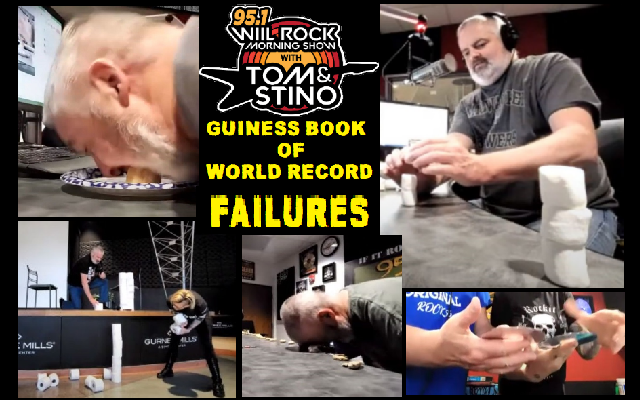 Stino has decided that she is going to have Tom attempt to get in to the Guinness Book Of World Records every week until he gets in.

Here is what Tom has failed at… So far:

Most peanuts smashed with your head in 15 seconds = 31 (FAIL VIDEO!)

Fastest time to eat a muffin with no hands – Record: 21.95 seconds (FAIL VIDEO!)

Most CDs balanced on one finger. – Official record: 50 (FAIL VIDEO!)

Most coins stacked into a tower in 30 seconds – Current record:51 (FAIL VIDEO!)

The fastest time to find and alphabetize the letters in a can of alphabet soup – 2 mins 8.6 sec (FAIL VIDEO!)