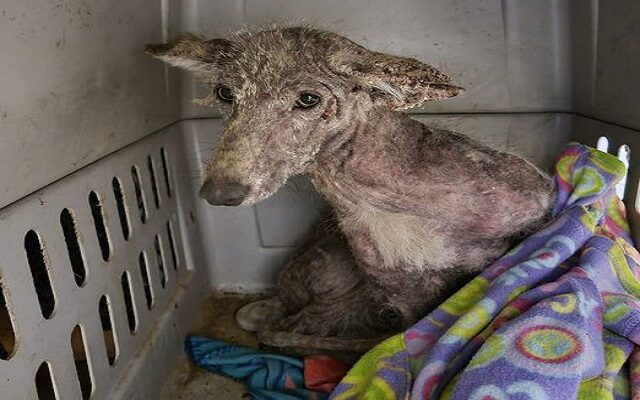 ***UPDATE (02/17/22) – THE RESULTS ARE IN….. 100% COYOTE!!!  https://triblive.com/local/westmoreland/dna-test-confirms-animal-that-escaped-from-westmoreland-rehab-center-was-a-coyote/

Wildlife experts in Pennsylvania said they are having genetic testing done to identify a mystery animal that might be a dog or a coyote. Christina Eyth, of Fairfield Township, said she noticed paw prints in front of her door earlier this week and followed them around her house to their source — a small, dog-like animal curled up outside her basement door. She wasn’t sure if the animal was a dog or a coyote, but she wanted to help the creature, so she coaxed it into her basement and contacted TJ’s Rescue Hideaway. That the group is having genetic testing done on the animal to determine its species. The rescue group said the animal is being kept in isolation until the genetic testing results come back, a process that could take weeks.

What do you think this animal is?  Let us know in the comments of this Facebook post:

FDOTD sponsored by Best Bargains in New Muenster, Save on Groceries with wholesale prices with no membership fees