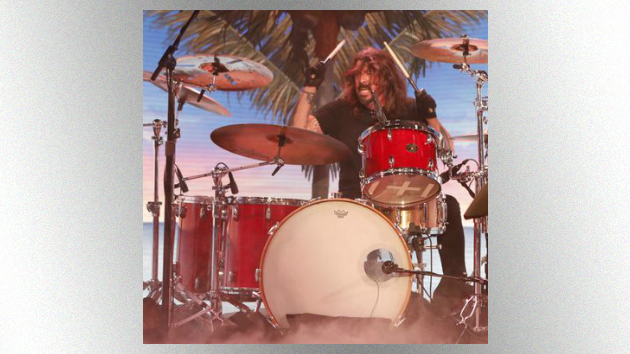 Dave Grohl‘s latest edition of “Dave’s True Stories” tells the tale of the Foo Fighters frontman’s secret jam with the one and only Prince.

The story begins with the Purple One asking Grohl if he’d like to jam with him.

“It was a proposition that I had wished for my entire adult life, but never in my wildest dreams imagined possible,” Grohl writes. The two agree to meet up the following Friday, and Prince says he’ll follow up with more details.

Grohl then details his interminable week waiting for a phone call from Prince, in between stories of how the Purple Rain icon impacted his life. He shares how Prince once rejected a Foo Fighters cover of “Darling Nikki” — “I believe I remember him saying, “The should write their own tunes…”, Grohl recalls — and how Prince’s performance of “Best of You” during the 2007 Super Bowl halftime show was Grohl’s “proudest musical achievement.”

After a week of no communication, Grohl decides to just go down to the Forum in Los Angeles, where Prince was playing 21-show residency. He meets up with Prince, who asks him to hop on a drum set.

The pair then jam together in the empty arena with Prince’s entire band, before then launching into a cover of Led Zeppelin‘s “Whole Lotta Love,” which apparently sounded like a “dinosaur-evaporating asteroid slamming into the earth’s core.”

Prince was pleased, and suggested that they do the cover again at the show…next Friday.

“I never did make it back that next Friday,” Grohl says. “In a strange way, I didn’t need to. I had fulfilled a life dream, with evidence of it to share with anyone, other than a memory that will stay with me forever.”