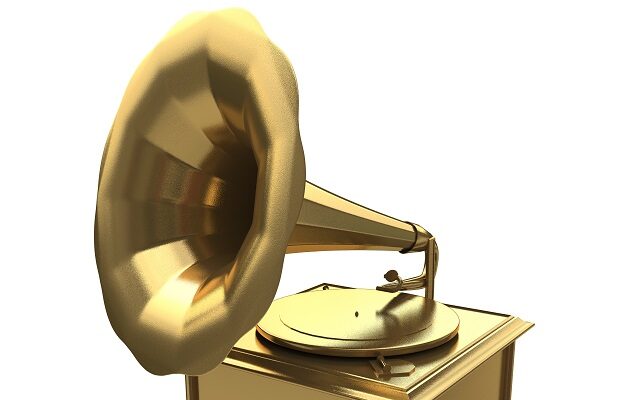 Allegedly meant to honor the best in music over the course of the past year.  The complete list of winners can be found HERE!

However, it seems that the rock category always gets snubbed.

It was made worse this year by the woefully inadequate tribute to one of the greatest guitarists ever, Edward Van Halen, who passed away earlier this year after a decades long battle with cancer.

22 seconds for the man who revolutionized the way the guitar was played.

22 seconds for the man who inspired so many guitars players over the last 45 years.

The rock community’s reaction was not kind today.

Former Van Halen singer Gary Cherone had this to say: 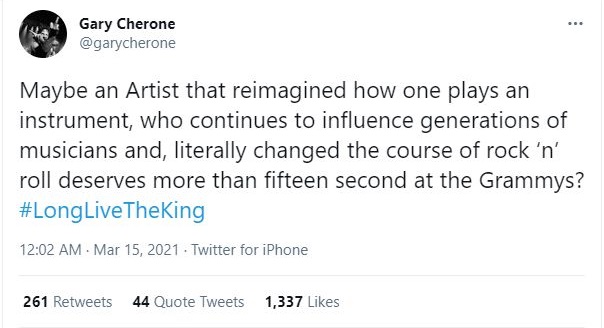 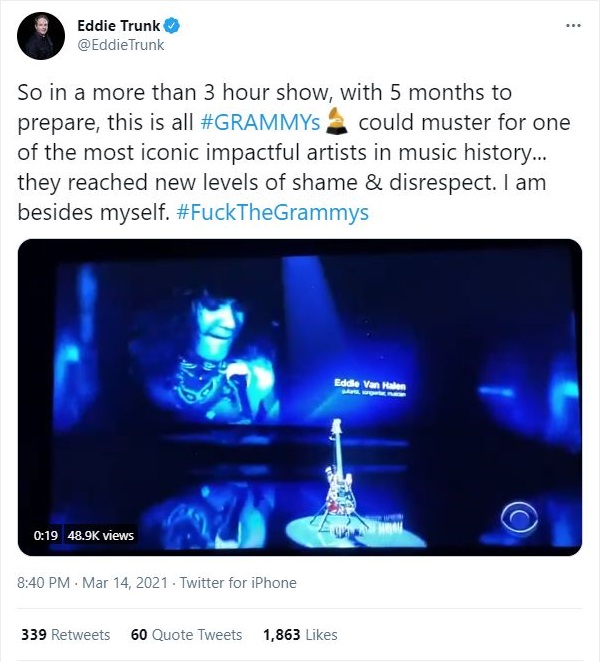 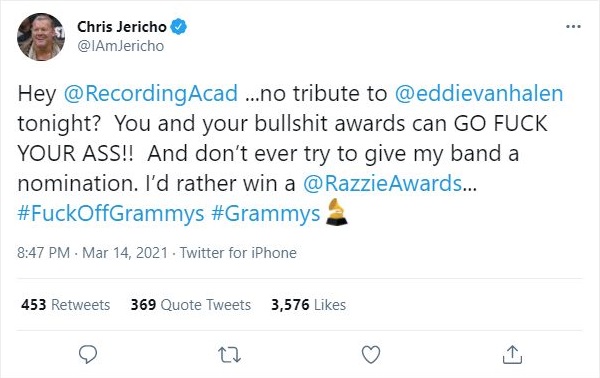 What do you think of the Grammy’s decision?